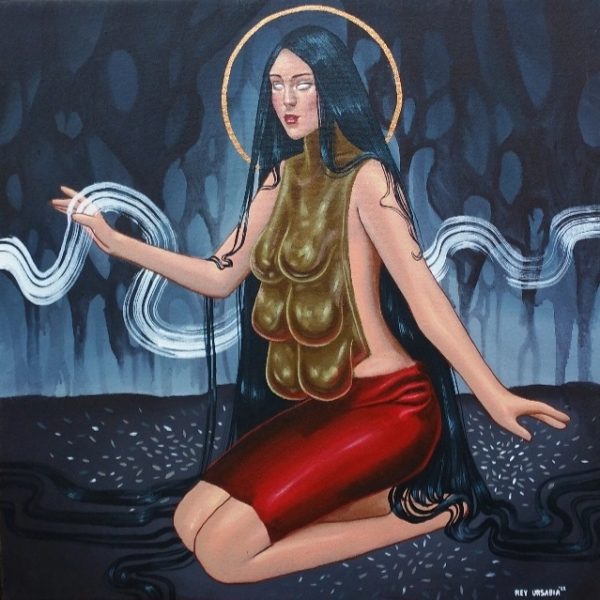 MEBUYAN , MOTHER OF THE UNDERWORLD

When going back is not an option. And the process of moving forward is the only way..sit back, relax and enjoy. It is learning from every mistake that makes it great, to pause, CTRL+Z is to step back and reflect, then be human again – beautiful and  whole. And so we say our story – Mebuyan is the earth goddess from the Bagobo myth described as a beautiful pregnant woman whose body is covered with breasts and nipples and who nurses all the babies in the underworld. But despite this kind definition, some versions of stories see her as wicked, just like how people in today’s time see other women as vicious and should act lesser than a man. With the theme “CTRL Z”, I would like to undo the prejudice and misconception against women by painting Mebuyan. This is due to the fact that while the gods and other male heroes in Philippine mythology are seen and depicted as strong and mighty, the goddesses and other women heroes are sometimes villainized, and described as wicked.