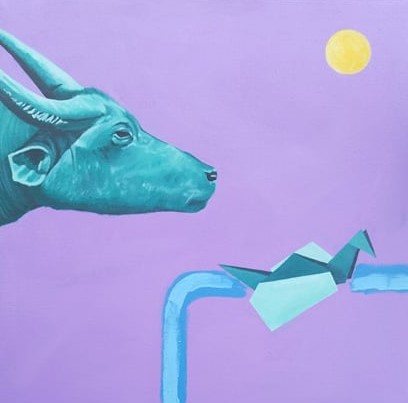 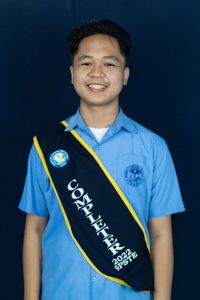 Karl Ryan Taripe, a Tagum-based artist, is known for his surrealistic yet rough acrylic paintings depicting the world in a monotonous yet active scene. Animals, mainly birds are the subject of the artists’ paintings, presenting them in their origami and surreal form to showcase form flexibility and happy emotions. The artist sees himself as “an observer” that constructs figurative representations of societal concepts and natural phenomena in his works. Working in acrylics on canvas, he uses the versatility and quick-dry capability acrylics provide to present a rough and layered artwork. Evidence of raw brushstrokes is prevalent in his works, showcasing a sense of freedom and creativity. The resulting works produce alive elements which eliminate the boredness of the viewer’s eye.

“Pagkakaisa II” is the second part of the series that attempts to break the barriers between cultural differences. Understanding, and immersing ourselves in the tradition of others foster appreciation and unity in the community. The carabaos work hard to engage themselves to dive deep into the mud. They search and attempt to resurface the bird which is the fruit of interculturality. Unity, creativity, and boundless relationships where none are limited by their perspectives and are able to commune with one another freely.

This is a 2 pieces painting.